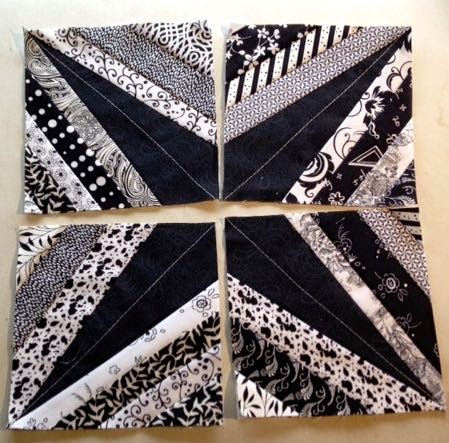 I did a set of four birthday blocks today. I'm giving myself a pat on the back for getting these done so early in the year! Only a couple more to go! I also did four more Celtic Solstice blocks.

Today was one of those very productive days. I don't have these very often. I got a lot of paperwork done. I went to the bank. I visited City Hall to finally get my LAST needed business license. I worked on the next Hexie Love issue. On and on, I worked! Love a productive day! 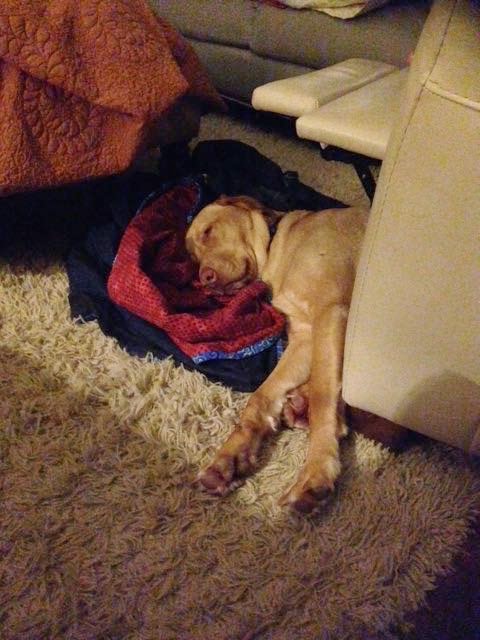 So you've been asking - how's Cooper? He's just great! He very rarely destroys things, though he still loves to steal socks. At night he enjoys going to sleep under a recliner with his head on a quilt - his safe place, I guess. He also love to irritate the dachshunds constantly, though I think they enjoy it more than they let on.  Cooper's newest fascination is our jacuzzi. He loves to watch the bubbles and would love to jump in!

Tonight I'll be making hexies for a special (and useful) item that will be in the next Hexie Love issue. Are you snowed in?